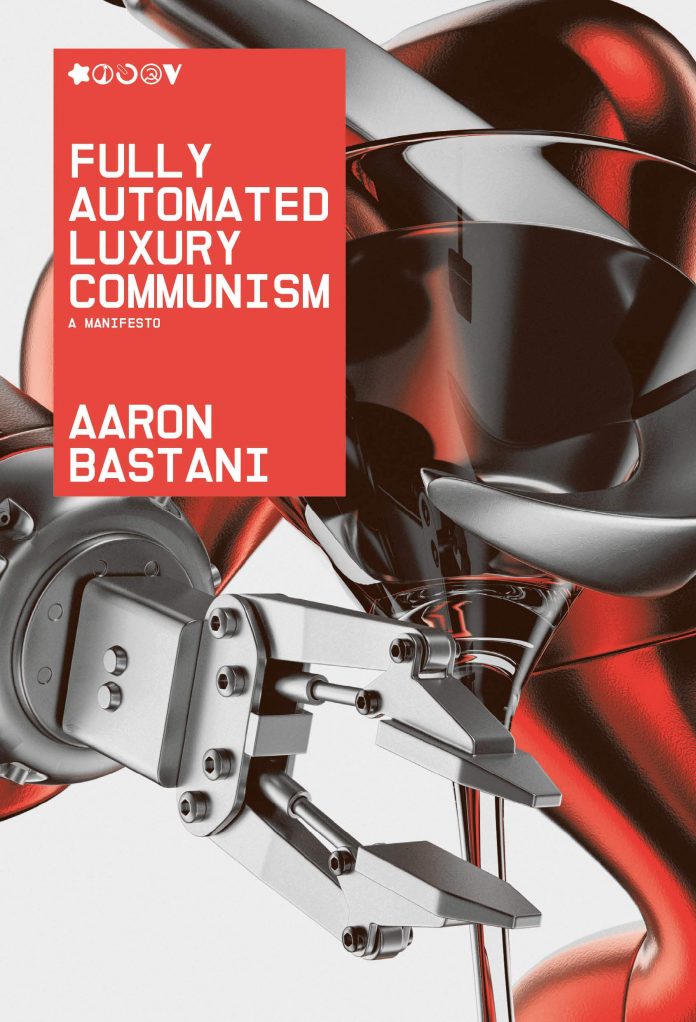 
(THIS ARTICLE IS MACHINE TRANSLATED by Google from Norwegian)

Technologies are icebreakers in whose wake society is being renewed. In the 1800 century, the industrial revolution ended the traditional agricultural community, replacing the slave, ox and elemental labor with modern engine power.

Today, we are facing a new era of breakthrough in which the enormous computing power of information technology opens up new forms of authoritarian repression and revolutionary emancipation at the same time.

In the story the British-Iranian journalist Aaron Bastani tells in Fully Automated Luxury Communism (FALC), it is emphasized the utopian hope such breaking times can bring. In contrast to notions of a new era of darkness led by several of his contemporaries on the outer left, Bastani's outlines of a communist future – past scarcity, exploitation and the capitalist system – are characterized by luxury and freedom for all.

Under both the agricultural and industrial communities, scarce resources were utilized and limited goods were distributed. Therefore, since the dawn of civilization over 12 years ago, economics has been about the scarcity of resources that clash with the insatiable desires of man. But what if this, Bastani asks, is merely a historical condition rather than a necessary fact?

Bastani recounts the story of the "horse dairy crisis" in London in 1894, where rampant population growth and urbanization resulted in a huge number of horses, and their inherited legacies, in the city streets. "In fifty years, every street in London will be buried in nine feet of feces," The Times claimed that time. But that was not the case. Within a few years, the horse, cousin and carriage were replaced by industrial society's motorized vehicles and steam trucks powered by fossil fuels.

In one of the book's biggest daring pieces, Bastani claims that the current climate crisis within a few decades could appear as absurd as the horse manure crisis of 1894. This optimism is rooted in a vision, as the book's title FALC, where solar energy fills our growing energy needs and mining gives us access to virtually unlimited resources. Under FALC, synthetic biology and gene editing will prolong our lives and feed the planet's growing population with animal-free meat and synthetic champagne. Extensive automation frees us from the work and toil of everyday life. The result will be a new communist society where we can all become who we ourselves want to be in a state of existential freedom, cultural flourishing and material abundance.

Bastani's rhetoric is as complacent as the ambition is promising, but unlike the teachings of Silicon Valley's many hobby futurologists, this doctrine of the future is anything but swarming. Bastani's narrative is strengthened by his extensive knowledge of these technological innovations and the nascent commercial industries that have already emerged around them.

Like a gospel, this is a story that requires faith.

Free information and synthetic burgers. In 2013, researcher Mark Post presented an animal-free, synthetic hamburger with a price tag of as much as 325 dollars. Four years later, it could be produced for as little as $ 000. In fact, according to consulting firm AT Kearney, as much as 12 percent of our meat consumption by 60 will come from animal-free meat, either grown in containers or replaced by synthetic plant-based products. If this forecast materializes, the world's need for agricultural land will be drastically reduced. Wild forests will thus be able to re-emerge, animal suffering will be reduced, and water will quench the thirst of people rather than slaughter animals.

Stewart Brand claimed in the 1980s that “information wants to be free". Bastani quickly adds that energy, raw materials and automated labor seem to want the same thing. The numbers seem to speak for Bastani. From the reusable rockets developed by Elon Musk's SpaceX to the solar panels sold by M-Kopa in Kenya, the technologies that support everything from asteroid extraction to the green shift in the global south are exponentially cheaper with each passing year. At the same time, the data and storage power of these technologies is growing exponentially. This dynamic forms the empirical foundation of the shamelessly materialistic vision that Bastani wants the left to fight for.

Like a gospel, this is a story that requires faith. Not on the afterlife, but on a better life here and now. For Bastani, as for the Red Party, the best alternative to collective cuts is collective luxury: what Karl Marx once called communism.

Bastani uses this term primarily for the sake of precision. For where work and resource use are subject to democratic control and distributed according to the principles of social justice under socialism, communism frees people from the world of necessity and incorporates us into a state where the very distinction between work and leisure breaks down. For Bastani, therefore, communism means luxurious self-realization for everyone, not just for the world's billionaires. Without such general freedom, leisure and luxury, no communism.

Icarus' wings of silicon and coltan. With all his optimism, Bastani clearly shows how bad we actually are. The climate crisis, the aging wave, increasing resource scarcity and declining employment represent challenges on a scale unparalleled in human history. The task of the FALC is to meet these crises and offer an alternative to the acceleration of capitalism into the darkness of the apocalypse.

In this quantum leap into the limitations of the new, until now set in stone, with a bravado that will provoke many readers. There are no references to the precautionary principle and the golden mean, nor is there any planning for more suboptimal, dystopian scenarios. But with careless hubris and sober realityorientering at one and the same time this is neither the utopia of the ethicist nor the romantic, but of the social economist. Here it is the calculating rationality that maps the horizon and Prometevs that rules.

After completing the Ikaros journey, you are left at the book's terminus, "Paradis Found", with the impression that the future itself is at stake. It is important to change course, and quickly. But as another Briton, James Bridle, warned last year The New Dark Age, it is precisely the sloping certainty of calculating rationality that the current climate crisis is fundamentally challenging. In our chaotic world, as Bridle points out, it has already become more difficult, not easier, to predict the weather for Icarian celestials.

The battle is between carbo-fascism and eco-socialism