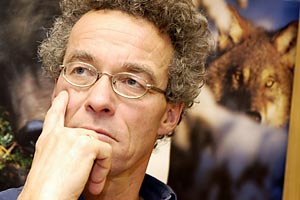 Nista is safe – what about the environment?

Review written by MODERN TIMES
Facebook
Telegram
Twitter
WhatsApp
Email
Print
7 September 2005
The election campaign has largely consisted of tactical squabbling and marginal promises that people who have the smell of grease in the past should get even better, says Rasmus Hansson in WWF.

In a report they have prepared on behalf of the World Natural Fund (WWF), Nordland Research has concluded that the value creation of fish and tourism in Northern Norway is much greater than oil. The national media think such investigations are unattractive.

Managing Director of the organization The Future in Our Hands (FIVH), Arild Hermstad, believes that a tight sky has risen over the election campaign.

- Everyone wants to increase the record-high Norwegian prosperity, everyone wants to improve the school, increase the kindergarten development, better conditions for the elderly, the younger, the single and for families with children. Still, the party leaders are arguing. It is not always easy to understand why. Is the Norwegian political debate really reduced to a discussion about cash benefits and gender-neutral marriages, Arild Hermstad asks.

He believes it would increase political interest if the political parties and their election campaign raised their eyes slightly beyond Norway's borders and into the future.

- Where has the environmental policy, the Kyoto agreement, the protection policy or what about Norway's role in the world – in the UN and other places where we can influence? It would have been good if the focus could have been there instead of narrowing the horizon to a question of our own pension, Hermstad believes.

- Climate change may sweep all pension forecasts over. Why is the enormous and sustained growth of our CO2 emissions not being discussed? Why will no one talk about the UN's recent environmental report which stated that we are in the process of destroying 60 percent of the ecosystems on Earth, Arild Hermstad asks and gives some of the answer himself.

- Maybe because these conditions are a result of the sacred welfare growth? All politicians seem to agree that we Norwegians have the right to a consumption that presupposes that we have four globes at our disposal, even if there is only one, Hermstad emphasizes.

He calls for politicians and parties who dare to stand up and say that we should spend money to improve the environmental situation.

- Everyone is interested in telling about everything we are going to get, while no one dares to say what we have to give for. . .