Out of the shade

A General Theory of Oblivion highlights Angola's bloody history.
(PS. This article is machine-translated from Norwegian)

In 1975, Portuguese Ludovica Fernandes Mano decided to cut off contact with the outside world. For 28 years, she locked herself up in her apartment in Luanda, where she barely survived by eating vegetables she grew and pigeons that flew onto the balcony. In light of Angola's unusually bloody history, this may almost seem like a rational decision.

Journalist and writer José Eduardo Agualusa has used the story of Ludo as a springboard for his latest novel. From Ludo's perspective, we see a liberation war followed by a civil war that lasted all the way to 2002, largely because Angola was used as a hostage in the Cold War. 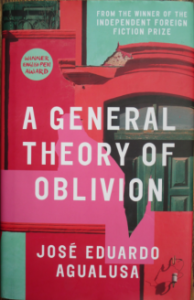 A General Theory of Oblivion also follows other people and their changeable lives in the chaos of war: a journalist who is subjected to murder attempts, a prisoner of war who becomes rich by chance and a Marxist who becomes a security agent, to name a few. The various characters provide a context that is both brutal and comical, but it is Ludo's history that is most literary. Agualusa is clearly inspired by South African author JM Coetzee and his views on literature as a rival to history, rather than a supplement. Behind this view lies the focolic assumption that history is written by those with a defining power – a power that must be challenged by marginal voices.

To save on adjectives. Like Coetzee's protagonists in books like Life & Times of Michael K. og Foe Ludo lives a shadowy life. Together with the dog Phantom, she tries to stay alive behind a brick wall she has built to insulate herself. She burns most of the books and furniture to cook, and when she has printed all the diaries, she goes loose on the walls. Writing becomes necessary in order not to disappear completely. "I save on food, on water, on fire, and on adjectives," Ludo writes. The world she has initially experienced as frightening is becoming increasingly alien and unmanageable: "I am foreign to everything, like a bird that has fallen into the current of the river."

Ludo's alienation and suspicion of other people also causes her to lose faith in rationality. When neither the colonial power nor the new Marxist Party (MPLA) is to be trusted, it becomes difficult to distinguish between right and wrong, true and false: “I get things wrong, as I read, and in those mistakes, sometimes, I find incredible things that are right. ”She also writes that she does not believe in God or humanity, but in something that is neither related to intelligence nor imagination, which she calls" unreason. " In Ludo's situation, language becomes extremely important because it is what anchors her in the world. At the same time, this anchoring is threatened by the volatile nature of the language – it depends on a certain consensus to function. Ludo falls out of this consensus: "This Portuguese they are speaking is no longer mine."

In Agualusa's work there are not many glimpses of hope in all the shadows that darken existence. The title – A General Theory of Oblivion - does not point in the direction of our information ideals. For Ludo, the solution is to try to forget, because it makes it hard to remember. However, one of the book's many paradoxes is that it is itself a time document. It makes sure we don't forget.

Post-colonial literature. The postcolonial literature has been accused of being too political, which is because in the former colonies there was a low tolerance for ambivalence in moral issues (many remember the debate between Nadine Gordimer and JM Coetzee). It is not so difficult to understand this, especially if the ambivalence comes from someone who, by virtue of his ethnicity, is associated with the former colonial power. The figures speak for themselves: When Angola was liberated in 1975, 88 percent of the population was illiterate, and among the country's 6,4 million inhabitants there were 14 doctors (for more disappointing numbers, see Jeremy Harding's "Apartheid's Last Stand" in the London Review of Books). The colonial powers had extracted all the resources they could, while the country's inhabitants were left with what could hardly be called remnants.

When Angola was liberated in 1975, 88 percent of the population was illiterate, and among the country's 6,4 million inhabitants there were 14 doctors.

But, as Coetzee points out, literature should play a different role than history writing and politics. While policy demands for implementation leave little room for doubt, nuance and ambivalence, the literature can help keep these dissent alive. Stories like A General Theory of Oblivion helps keep the dictatorship at a distance, by preventing a straightening of the mindset. Although both racism and skewed global power structures are still a problem, there is, after all, hope that it will be possible to be critically acclaimed and award-nominated with a book like this. The novel does not excuse any form of abuse of power, whether it comes from Portuguese, Angolan, socialist or capitalist, and it is a call to give all people a voice – even those who live in the shadow.

Give an answer Cancel reply

This site uses Akismet to reduce spam. Learn about how your comment data is processed.

To mobilize against today's totalitarian states, neoliberal ideologues and oligarchs

Europe as a green superpower?

The pandemic and its societal implications

Disappointed with the French intellectual milieu

A life in transit

Zolo Karoli (by Maria Rosvoll)
911 The power of 20 years of propaganda
911 NYC EPICENTERS 911-> 2021½ (by Spike Lee)
DEATH: An excommunication of the dead and death?
PHOTO: What I'm talking about when I talk about pictures
RACE THEORY: African American Political Thought; A Collected History,… (by Melvin L. Rogers,…)
ANARCHISM: William S. Burroughs. From cut-ups to shotgun paintings (by Lars Movin)
DOCUMENTARY: SEVEN (by Dylan Avery)
ENVIRONMENT: The politics of hope (by Bjarke Møller)
GREEN POLICY: "A kind of solidarity anarchism will constitute a marked showdown with the parliamentary fixation to which the left has been subject for far too long."
COVID-19: Everything Must Change! The World After Covid-19 (by Renata Avila and Srećko Horvat)
ECO MOVIES: Žal Žen (Grief / Sorg) (by Andrea Culková)
- Advertisement -

You may also likeRelated
Recommended

Ittaf, Palestinian failed suicide bombings after many years in prison