THE AUTHORITY: Authoritarian leaders only follow the Constitution as long as they profit from it. 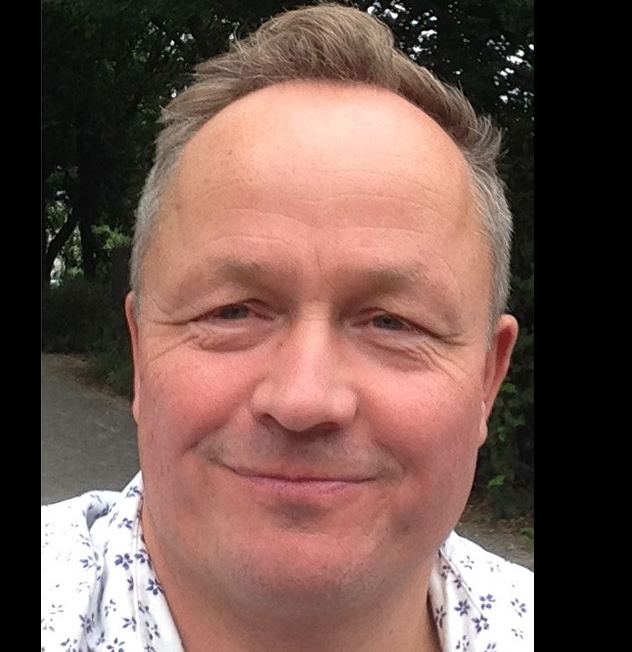 Authoritarian leaders such as Putin, Maduro, Assad and Orbán attach great importance to complying with the country's constitution. That is why they often change it.

For example, this summer, the Russians voted for a constitutional amendment that would allow Putin to serve as president until 2036. Nicolás Maduro's government in Venezuela relies on the 1999 constitution, which was introduced under his predecessor Hugo Chávez. In 2012, Syria got a new constitution that apparently opened up for democratization of the country, despite the fact that the civil war was already in full swing by then. In 2011, Hungary got a new constitution which states that there is a single Hungarian nation with Christian roots and that is responsible for everyone…

Dear reader. You must be subscriber (NOK 69 / month) to read more than one free article per day. Come back tomorrow, or log in.

Bjørneboe celebration with film and debate

Changing your mind about identity politics can cost you everything

Contrary to the will of the Nobel

A people of speculators

China as the leader of an ecological civilization

In these Nobel times

BEFORE AND AFTER THE EXPLOSION: How to patch up a city

MODERN TIMES is an online newspaper and bookstore (March, June, September, December). The book magazine's 72-page tabloid edition also has an appendix, which MODERN TIMES REVIEW. MODERN TIMES is a political "book review" with around 50 thorough reviews of international socially relevant books and documentaries - as well as essays and interviews.

signs subscription (by clicking HERE).
Or buy MODERN TIMES (incl. Vouchers) at the country's biggest newsstands. Click here to [CONTACT US] or [ADS] 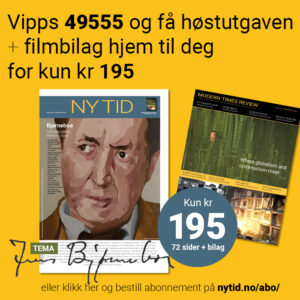