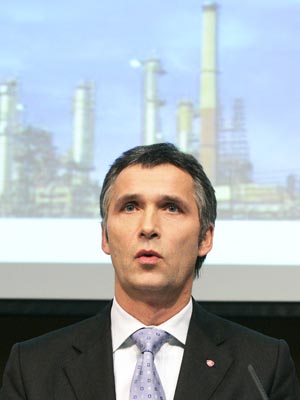 - I have decided to throw in the towel, and I will not run as a deputy leader candidate at the national meeting next week. Helga Pedersen has great support, and we in the Rogaland Labor Party (Labor Party) take note of this, Eirin Sund tells Ny Tid on Wednesday afternoon.

In doing so, she completely dismisses speculation in Norwegian media in recent weeks, including a look at Dagens Næringsliv today on Wednesday 11. April entitled "Fight for Ap Deputy Leader". It is claimed that "Southwest will stand for Eirin Sund as new Ap deputy leader."

But the DN interview with Frode Berge, leader of Rogaland Ap, was done before Easter, according to Ny Tid's experience. Late Tuesday night, however, it was decided at the board meeting of Rogaland Labor that Sund will withdraw his candidacy. The reason is the great support Fisheries Minister Pedersen, Stoltenberg's favorite, has received around the country.

Sund, who has been a member of the Storting's Finance Committee for several years, nevertheless rejects that her previously stated desire to become deputy leader in the government party has been a game:

- No, I have meant it all along. It has been important for Rogaland Ap and me to show that we have more female candidates for the position of deputy leader. But now we choose instead to support Helga wholeheartedly, at the same time as I continue to work for the party in the Storting, Sund tells Ny Tid.

Ap organizes its national meeting at Folkets Hus in Oslo from 19. April.

Dag Herbjørnsrud
Former editor of MODERN TIMES. Now head of the Center for Global and Comparative History of Ideas.